All Collections
Knowledge is all
Pregnancy recovery
Can IUDs cause hormonal imbalances?

Can IUDs cause hormonal imbalances?

IUDS, or intrauterine devices, have given people the freedom to stay protected from unplanned pregnancies without being tethered to a daily birth control pill or monthly shot schedule. But like other forms of birth control that rely on hormones to prevent pregnancies, getting an IUD can come with a concerning question: how much will this mess with my hormones?

Let’s talk about the different kinds of IUDs, how they work, and investigate just what kinds of effects they can have on your hormone levels. 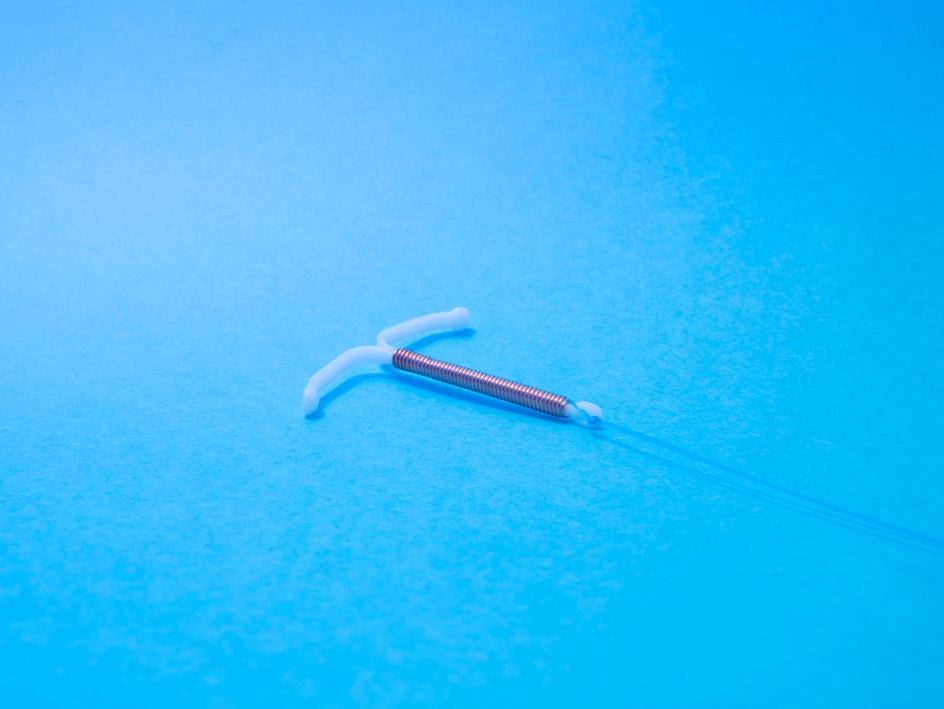 Take our quiz to build a bespoke testing plan that will help you identify and address hormone imbalances.

Hormonal IUDs vs. copper IUDs: how do they work?

First, let’s take a quick biology refresher on how babies are made. Every month, people who menstruate release an egg from their ovaries, which travels towards the fallopian tube and stays there for a couple of days in the hopes of being fertilized. This monthly cycle is largely dictated by the rise and fall of the hormones estrogen and progesterone. Meanwhile, during sexual intercourse, the sperm in the ejaculate will begin traveling up through the vagina, cervix, and uterus to find the egg in the fallopian tube. If one sperm can find and fertilize the egg, the combined cells (together, called a zygote) implant in the uterus and begin the process of developing into an embryo and eventually, a baby.

IUDs, or intrauterine devices, are a type of birth control that prevents unwanted pregnancies by preventing the fertilization of eggs by sperm. Both hormonal and copper IUDs are little T-shaped devices that are inserted by a doctor into your uterus. The good news for both: no matter which kind of IUD you choose, they’re both highly effective with success rates of over 99% each! But the way that each device prevents pregnancy is a little different.

Hormonal IUDs are made of plastic and contain hormones. When inserted in the uterus, hormonal IUDs release small amounts of progestin, a synthetic form of the hormone progesterone that’s used in the normal reproductive cycle.

When your body releases high levels of progesterone, the mucus in your cervix gets thicker, which effectively blocks sperm from getting through to the uterus and eventually to the egg. By introducing the synthetic progestin into your system, hormonal IUDs can mimic this effect, stopping sperm before they can get to the egg and fertilize. It’s a very similar contraception method to progestin-only birth control pills (also called the “mini-pill”), but IUDs are much more low-maintenance: once they are inserted by your doctor, they can continue working for years without you having to think about them or replace them.

Because hormonal IUDs need some time to begin working, someone who uses make sure to use backup forms of contraception until about 7 days after your IUD insertion. The exception to the rule: if you get your IUD inserted while you are on your period, it is effective immediately.

On the other hand, copper IUDs don’t contain any hormones at all --- which is why it is also sometimes referred to as a “nonhormonal IUD.” Instead, these IUDs are wrapped with copper wire, which releases copper ions. Those copper ions are linked to an inflammatory reaction in your uterus, ultimately creating a hostile environment for sperm as your immune system reacts to protect your body from “invaders” (like sperm). It’s also thought that those copper ions act on the mucus in your cervix to create a spermicide that quickly kills any sperm that enters. Copper IUDs can start working immediately upon their insertion and are actually some of the most effective forms for emergency birth control at a success rate of almost 100% if inserted within five days!

Can hormonal IUDs cause hormonal imbalances?

Hormonal birth control of any form is one of the most notable ways that we significantly alter our bodies’ hormone levels on a regular basis, so there is plenty of concern over the long-term effects. In particular is a concern about hormonal imbalance, where your levels of estrogen and progesterone are irregular and trigger a variety of side effects and symptoms. After all, there are plenty of reported side-effects that have been associated with hormonal birth control like mood changes, weight gain, and these symptoms are often attributed to the resulting shift in hormone levels after taking contraception.

The discussion around hormonal imbalances and IUDs is still widely debated. Luckily the thought that IUDs might cause hormonal imbalances is largely anecdotal and there is no significant scientific evidence to back these claims.e. After all, IUDs are actually often prescribed by doctors as a solution for conditions that involve hormonal imbalances like endometriosis, where estrogen levels are too high as compared to progesterone levels. This type of hormonal imbalance is referred to as estrogen dominance, and progestin-only birth control like hormonal IUDs are often used to bring the two hormones back into balance.

While it doesn’t invalidate the countless stories told by people who believe they experience symptoms of hormonal imbalances from IUDs and other forms of birth control, more research ultimately needs to be done to determine the exact links.

What is the “Mirena crash”?

One key example of the reported effects that IUDs might have on your hormone balance is the “Mirena crash.”

Side effects like pain and bleeding shortly after removing an IUD are fairly normal. But others report a longer-lasting cluster of symptoms that can last for days or even months upon removal of the Mirena brand of IUDs, hence the name “Mirena crash.” Reported symptoms of this phenomenon include:

While many people who have used the Mirena IUD report symptoms of the Mirena crash in the months after the device has been removed, there’s not a ton of evidence to back up those claims. The reports of this crash, while fairly widespread, are largely anecdotal.

The most prevalent hypothesis behind the “crash” is that the removal of the Mirena IUD leads to a hormonal imbalance. While on the IUD for an elongated amount of time, it receives a small dose of synthetic progestin, which means that your body does not produce progesterone on its own anymore. Once the IUD is removed and you are no longer receiving that regular dose of progestin, your body can take a while to adjust and begin producing its own progesterone again, which can then hypothetically trigger those long-lasting symptoms of “Mirena crash.” Ultimately, more research needs to be done to understand exactly how the removal of the Mirena IUD can alter hormones in the long term.

Can a copper IUD cause hormonal imbalances?

Because copper IUDs do not use any hormones, they’re often favored by people who prefer a more “natural,” hormone-free method of contraception that’s still highly effective at preventing unwanted pregnancies.

However, some people still have some doubts about just how safe this method is for your overall wellbeing and hormonal balance. For example, the insertion of a metal like copper into your uterus comes with questions about copper toxicity, which can come with serious symptoms like anxiety, depression, and other mood swings. Some people also claim that an increase in copper in your blood can lead your body to hold onto estrogen and drive you into estrogen dominance, and a Google search for “copper IUDs and estrogen dominance” shows plenty of anecdotal evidence in blogs and forums for this. But the actual research for this phenomenon is also lacking: while one study on rats in 1977 did show that the rats with copper IUDs showed a significant increase in the estrogen/progesterone uptake ratio than a control group, there isn’t much convincing evidence that this can lead to estrogen dominance in humans.

Also, instances of copper toxicity from copper IUDs are extremely rare. However, your risk could be exacerbated if you have a condition that stops your liver from filtering out copper effectively, so it’s definitely something worth talking to your doctor about if you’re concerned.

What to do if you are struggling with your hormones

The bottom line is that the potential relationship between IUDs (and other hormonal contraception methods) and hormonal imbalances are not yet clear or backed up by research — but that’s not to say that they aren’t real. There’s plenty of anecdotal evidence that IUDs and other forms of birth control could play into hormonal imbalances, but it’s up to you to take control of your health and evaluate your hormones.

Get proactive. Base’s Sex Drive Testing Plan measures both estradiol (estrogen) and progesterone, which can help you understand exactly how your contraception is affecting your hormones (and whether or not it is becoming a problem). It’s also convenient for getting key insights into your hormone levels that can be retested through various phases of your cycle and birth control usage.

No two bodies are the same, and the hormonal effects that birth control methods can have on you can vary dramatically. While some people have no serious issues with IUDs, others have reported stories that indicate that both hormonal and copper IUDs have caused serious shifts in their hormone balance. More research still needs to be done to understand the long-term effects of this, but you can take control right now if you are concerned about your hormones by getting regular hormone tests.

Take our quiz to build a bespoke testing plan that will help you identify and address hormone imbalances.