All Collections
Knowledge is all
Fatigue
What's the difference between tiredness and fatigue? (And why it matters)

What's the difference between tiredness and fatigue? (And why it matters)

Feeling tired during or at the end of the day isn’t a medical phenomenon. It’s natural and normal to be tired.

However, feeling fatigued --- day after day --- is something quite different. What you may not know is that fatigue may actually be a red flag for a vitamin, hormone, or nutrient imbalance, meaning until you pinpoint the problem, feelings of fatigue are likely to linger.

Here’s how to distinguish between tiredness and fatigue. Plus, what to do if you find yourself feeling fatigued. 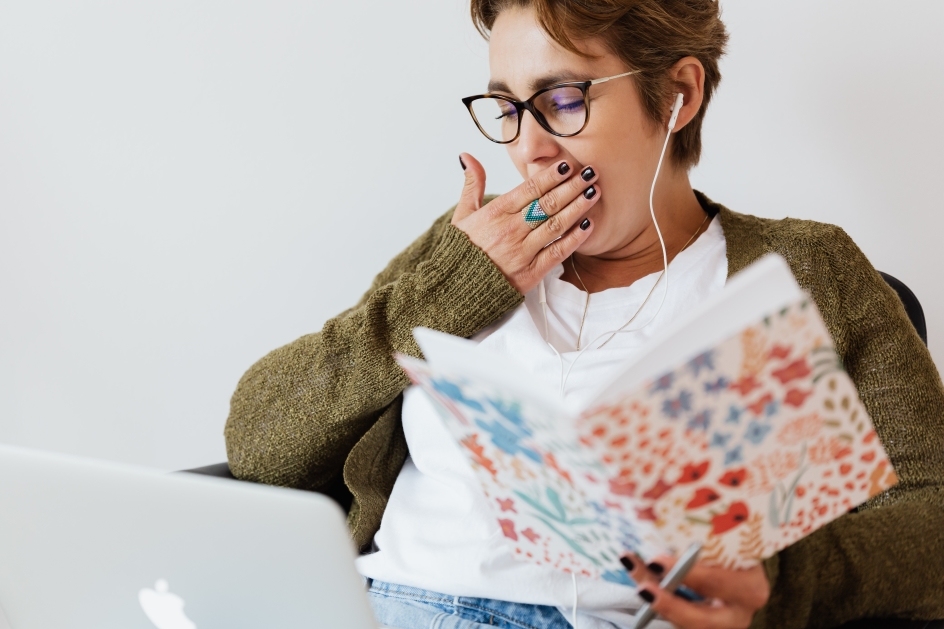 Take our quiz to build a bespoke testing plan that will help you beat fatigue for good.

Although they may feel similar, tiredness and fatigue are two separate issues. When you’re tired, there’s typically a reason why you’re tired. This can be from exercising, a busy workday, a late night out, or even a poor night’s sleep that leaves you feeling like a zombie the next day. However, most situations of feeling tired can be fixed by getting a good night’s sleep. The National Sleep Foundation recommends on average adults get seven to nine hours of sleep a night. If you are tired, tucking in early and getting roughly this amount of shut-eye should leave you feeling refreshed and energized by the next morning.

Fatigue is quite different. When you are fatigued, it feels like no amount of sleep will give you your energy back. You find yourself overly tired all day, sometimes even shortly after you wake up. You may also be severely energy depleted if you’re fatigued, which can make simple tasks seem exhausting to complete. Many people describe fatigue as similar to a car running on fumes. You’re moving, but it’s slow, and there’s nothing left in your energy tank to pep you up no matter what you do.

How to decode if your tiredness is actually fatigue

The tricky thing about feeling tired and fatigue is that they essentially feel the same. In order to determine if you’re tired versus dealing with fatigue, you have to look at both internal and external factors that may be at the root of each.

While there isn’t research or other medical literature that breaks down the differences between tired versus fatigued, these two terms are commonly used with slightly different meanings. One of the biggest distinguishers between the ways we use tiredness and fatigue is that you feel the urge to sleep when you are tired. Your body seems to know that a lack of rest is making you feel sluggish, so you crave it. A good checkpoint to figure out if you’re tired or fatigued is to listen to your body - take a short nap and/or go to bed early. If you wake up feeling alert and refreshed, you’re likely dealing with a case of tiredness.

With fatigue, you may also feel tired or sleepy, but there are other symptoms that come with it. Those who are fatigued have a serious lack of energy and motivation, no matter how much sleep they’ve gotten (so, you may not feel physically sleepy at all). Even if you suspect your sleep hygiene may be causing fatigue, nothing you try seems to fix it. This in itself is a warning sign that you’re more than just tired. Other symptoms that are often present with fatigue include depression or changes in your mood, trouble concentrating, anxiety or irritability, muscle weakness, and insomnia. If you feel burnt out, such as you’ve got a laundry list of things to do and no energy to do it, this is fatigue.

When should you worry about your fatigue?

Aside from being a nuisance in your daily life, fatigue can act as a warning sign to underlying health issues you need to pay attention to.

First, let’s quantify fatigue - how long is too long to feel this way? If you are fatigued along with symptoms like lack of energy or motivation, depression, changes in your mood, trouble concentrating or staying focused, anxiety or irritability, muscle weakness, or insomnia for more than two weeks it’s important to figure out why.

Fatigue can also be triggered by anemia and a vitamin or nutrient deficiency. Research published in Medicine found that there is a direct correlation between a vitamin D deficiency and fatigue. Additional research published in Springerplus states that for patients who had no other health conditions such as sleep apnea, depression, or thyroid disease, a vitamin D deficiency may be at the root of their fatigue, and knowing the person’s vitamin D levels can be crucial in a correct diagnosis.

Not only can an iron deficiency lead to anemia, a condition where your blood doesn’t have enough healthy red blood cells to circulate oxygen throughout the body, but being low in iron can also cause extreme fatigue. Even if you previously had an iron deficiency, there may be lingering side effects from it. A team of Australian researchers looked at over 28,000 women who answered a general health short survey. Women who reported ever having low iron levels, even if they didn’t at the time of the survey were more likely to deal with fatigue than those who never had an iron deficiency.

While women who currently had lower iron levels felt the most fatigue out of any group, this study shows how important it is to be able to monitor vitamins, hormones, and nutrients in your body --- whether by visiting a doctor or specialist who can take lab testing seriously or with an at-home testing service like Base.

Easy ways to boost your energy and beat fatigue

In order to increase energy and fight fatigue for good, start with a comprehensive look at your vitamin, nutrient, and hormone levels. Make an appointment with your healthcare provider for some baseline bloodwork to see if there are any deficiencies that can be corrected or do it at home with Base. With a quick finger prick you’ll be able to analyze your blood for certain biomarkers such as vitamin D, vitamin B12, and cortisol, which may be at the root of your fatigue if not balanced. By checking your levels every few months, you can see how your levels are responding to certain supplements and lifestyle changes to eliminate or prevent fatigue.

Subscribe to Base and check all your vitamins and hormone levels that might be triggering your fatigue.

To start, supplements like vitamin B12, vitamin C, iron, magnesium, and zinc can improve the physical and cognitive side effects of fatigue. That’s because vitamin B12, iron, and magnesium are involved in energy production through oxidation (the B vitamins and iron are also important for oxygen regulation), vitamin C can ease muscle aching and weakness, and zinc has anti-inflammatory properties that can improve cognition.

There are also some easy habits that can cut down on fatigue and tiredness. Even once underlying health conditions are ruled out or managed, it’s important to establish a solid sleep routine. This means different things for different people, but there are some foolproof sleep hygiene practices that seem to benefit everyone. These include powering down screens at least an hour before bedtime and making it a point to fall asleep and wake up around the same time each day (yes, even on the weekends).

Stress can also cause unexplained fatigue, per research published in BMC Research Notes. Researchers found this relationship was especially true when the stress was related to socioeconomic status and self-perceived health status. On top of managing stress through things like meditation, yoga, and other relaxation techniques make sure to prioritize your overall health with daily exercise and a healthy diet. Movement elevates your mood by releasing more dopamine into your system. Exercise can also boost your energy levels by releasing oxygen to the tissues in your body, which help your heart and other organs work more efficiently.

As for your diet, eating whole grains, fruits, and vegetables helps with any nutrient deficiencies you may have, and choosing foods with a low glycemic index can be particularly helpful. This means sugars from these foods are absorbed at a slower rate, keeping your energy levels stable as opposed to a burst in energy caused from a fast increase in sugar that’s shortly followed by a crash, leaving you feeling depleted and wiped out. Research published in The Journal of Nutrition supports this, as in an 80-person study split into a 28-day diet of both high and low glycemic index foods. The low glycemic group ate foods including bran cereal, berries, nuts, vegetables, eggs, and lean protein, and after the 28-day eating period reported less fatigue.

Establishing these habits in your daily life alone can increase your energy levels. By having the additional insight into what your hormone, vitamin, and nutrient levels are you’ll be able to distinguish between feeling tired versus fatigued and can take proactive steps to fix any fatigue symptoms that may be affecting you.