If you haven’t already heard, chronic inflammation is bad news for your health.

It doesn’t inherently start off as a bad thing. When your immune system detects that there’s something wrong, be it an invasive pathogenic bacteria, an allergen, or an injury, it initiates an inflammatory response. Your blood rushes to the site of the potential threat, where white blood cells release chemicals and attack the “invader” with the ultimate goal of neutralizing the threat, keeping you safe from infection and illness, and spurring on the healing process. 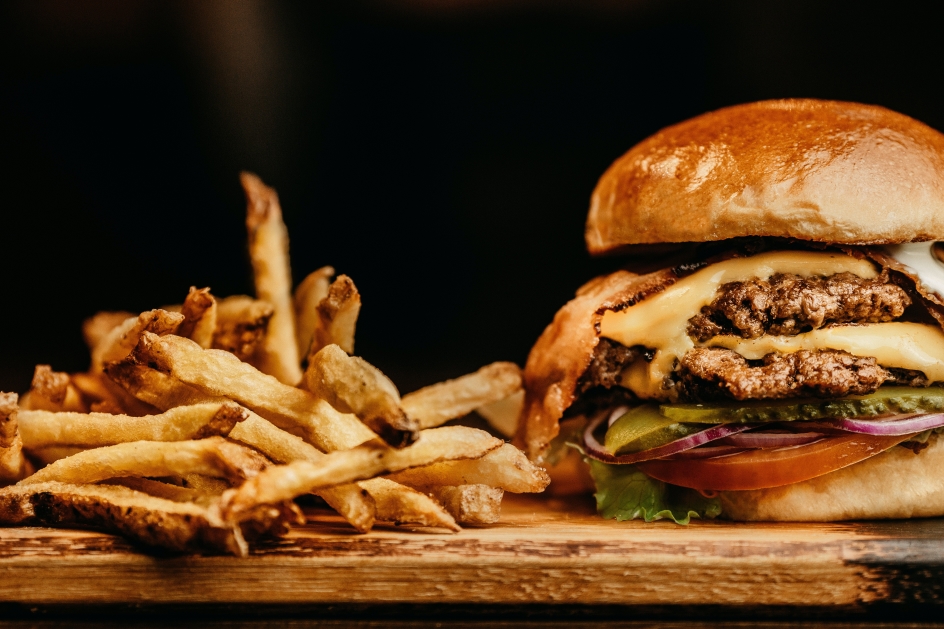 Take our quiz to build a bespoke testing plan that will help you identify the cause of your inflammation and overcome it!

Unfortunately, inflammation can also spiral out of control under certain circumstances and become chronic. When this happens, your own cells can come under attack from your immune system. This out-of-control immune response has ultimately been linked to a vast array of some of our most serious health ailments like metabolic disease, cardiovascular disease, depression, neurodegenerative diseases, and Type 2 diabetes. And what kinds of conditions lead to inflammation? There are a variety, including illnesses, lifestyle choices, excess body fat and yes, certain foods.

Here are ten foods that have been shown by scientific studies to promote inflammation, and better anti-inflammatory alternatives to eat instead.

Simple sugars and overly-processed processed foods that have had their nutrients stripped away are often major culprits for diet-induced inflammation. Simple sugars can stimulate the production of free fatty acids (FFAs) by the liver, which can trigger inflammation. Excess consumption of added sugars can also mess with your gut microbiota, or the microbes in your gut, which can exacerbate the issue.

One of the best examples of this is white bread, which is made by removing the nutritious, fibrous bran from wheat kernels. The effect of white bread on inflammatory markers was evaluated in a studythat compared changes in inflammatory protein levels between groups that consumed white bread, pasta, and glucose (a simple sugar that carbohydrates break down into in your body). The researchers found that the inflammatory markers were similar between the white bread and glucose subjects and was three times higher than the participants’ levels in the pasta group!

A less-inflammatory alternative: Whole grain bread, which still retains the nutritious fiber, vitamins, and minerals that are largely stripped away in white bread. (PS: To figure out whether your bread is really a good source of whole grains, check the ingredients list. If “wheat flour"" is the first ingredient, the product is mostly white flour. A 100-percent whole-grain bread will name a whole-grain ingredient first on the label --- you might see: brown rice, millet, oatmeal, quinoa, buckwheat, bulgur, rolled oats, whole grain barley, whole wheat and wild rice.)

The link? It seems that high levels of red meat consumption correlate to high levels of adiposity or body fat, which can be inflammatory. In addition, red meats tend to have a lot of saturated fat, which can also contribute to fatty tissue inflammation in the body. This just goes to show how important overall dietary patterns are in the “big picture” of your health, versus the consumption of individual foods alone.

A less-inflammatory alternative: Fatty fish like salmon, which are great sources of anti-inflammatory omega-3 fatty acids.

Though red meats have been associated with increased inflammatory biomarkers, processed meats like bacon, ham, and sausages deserve a category of their own. A 2021 study published in the Journal Of Nutrition found that the frequent consumption of processed meats led to a 38.3% change in CRP levels, whereas unprocessed red meat only changed CRP levels by 14.4%. Again, adiposity levels seem to make the most difference here, once moreimplicating the participants’ overall dietary and lifestyle habits rather than the processed meats on their own.

A less-inflammatory alternative: Lean protein like poultry, which have less saturated fat and ranked lowest on inflammatory effects by the same study.

On a similar note, cooking your food by frying also tends to come with negative inflammatory effects. When you use cooking methods that involve high heat and low moisture, like frying, grilling, and roasting, your food produces byproducts called advanced glycation end products (AGEs). Unfortunately, AGEs can accumulate and promote oxidative stress, a damaging process that can then lead to inflammation. In addition, fried foods also tend to be high in trans fat, a type of unhealthy fatty acid that is associated with high levels of inflammation and CRP levels.

A less-inflammatory alternative: Cooking foods at a lower temperature and with methods like boiling, sauteeing, and brining have been found to be inversely related to levels of the inflammatory biomarker CRP.

Many popular sodas are chock-full of added sugars. For example, one 12-ounce can of Coca-Cola has about 39 grams of sugar (meanwhile, the American Heart Association recommends that adults consume no more than 25-36 grams a day!)

Unfortunately, this can be bad news if you’re looking to reduce inflammation. For example, a study that evaluated the effects of soda consumption in women found that serum CRP levels were up by roughly 50% in the women reporting the highest levels of soda consumption.

A less-inflammatory alternative: Iced tea --- and make it green for the antioxidant compounds called catechins that fight inflammation.

In the perfect example of how moderation is a key factor in diet quality, alcohol consumption can be either anti-inflammatory or pro-inflammatory depending on how much you’re drinking. While studies have found that a moderate amount of alcohol can be good for your heart health and can positively impact levels of your inflammatory biomarkers, the overconsumption of alcohol can be damaging to both your liver and the bacteria in your gut. Both of these factors can, unfortunately, contribute to chronic inflammation.

A less-inflammatory alternative: If you still want to enjoy your alcohol, consider switching to a moderate amount (say, 1-2 glasses, tops) of red wine, which has plant-based compounds that act as powerful antioxidants.

When it comes to plant-based dietary fats and inflammation, it’s important to understand the difference between omega-6 and omega-3 fatty acids — and why they matter in conjunction to each other. Both are polyunsaturated fatty acids (PUFAs) that are found in various oils, but differ slightly in chemical composition. There’s evidence that having too high a ratio of omega-6 to omega-3 fatty acids in your diet can contribute to inflammation. Unfortunately, the modern Western diet is notorious for having a higher ratio of omega-6s to omega-3s. For example, corn oil, which is one of our most commonly-used vegetable oils, has a high ratio of omega-6s to omega-3s and has been linked to higher levels of inflammation versus other types of vegetable oils.

A less-inflammatory alternative: Olive oil, which is a good source of omega-3 fatty acids and a staple in the anti-inflammatory Mediterranean diet.

A less-inflammatory alternative: Stevia, a natural sweetener that early studies have shown can down-regulate inflammatory responses.

For people with Celiac disease, eating gluten can trigger an autoimmune reaction that leads to inflammation and, over time, damage to their intestines as their immune system attacks its own cells. However, there is no proof that gluten on its own is inflammatory to most people in the absence of medical gluten insensitivity. However, we still want to mention it since it is inflammatory to people with gluten intolerances, and since gluten tends to come along with carbohydrate-rich foods made of gluten, wheat, and barley.

Getting to the bottom of your inflammation

Acute inflammatory responses can sometimes be obvious. For example, a flare-up of digestive issues might signal inflammation in your gut. But more often than not, chronic inflammation doesn’t really come with any overt or obvious signs, and it can take a long time for more serious health conditions to develop.

Starting your anti-inflammatory journey by eliminating and replacing these common inflammation-driving foods might help. But if you’re concerned about whether or not your diet and other lifestyle factors are causing inflammation, and they aren’t being solved by simple diet elimination, get proactive and get to the bottom of the issue by monitoring your health with regular blood tests!\ The Base Diet Test measures your CRP levels, which is one of the key hormones used to determine inflammation levels. It also evaluates other issues that could be messing with your gut health like vitamins and hormones, which ultimately gives you invaluable information about your body’s current condition. Most importantly, knowing exactly which hormones, vitamins, or nutrients are off in your body can help you figure out a tailored roadmap to solving the inflammation issue for good.

Take our quiz to build a bespoke testing plan that will help you identify the cause of your inflammation and overcome it!