Feeling pretty “blah” lately? You might need to check in with your hormones. Here’s what you need to know about hormone imbalances and the role that your diet can play in correcting them. 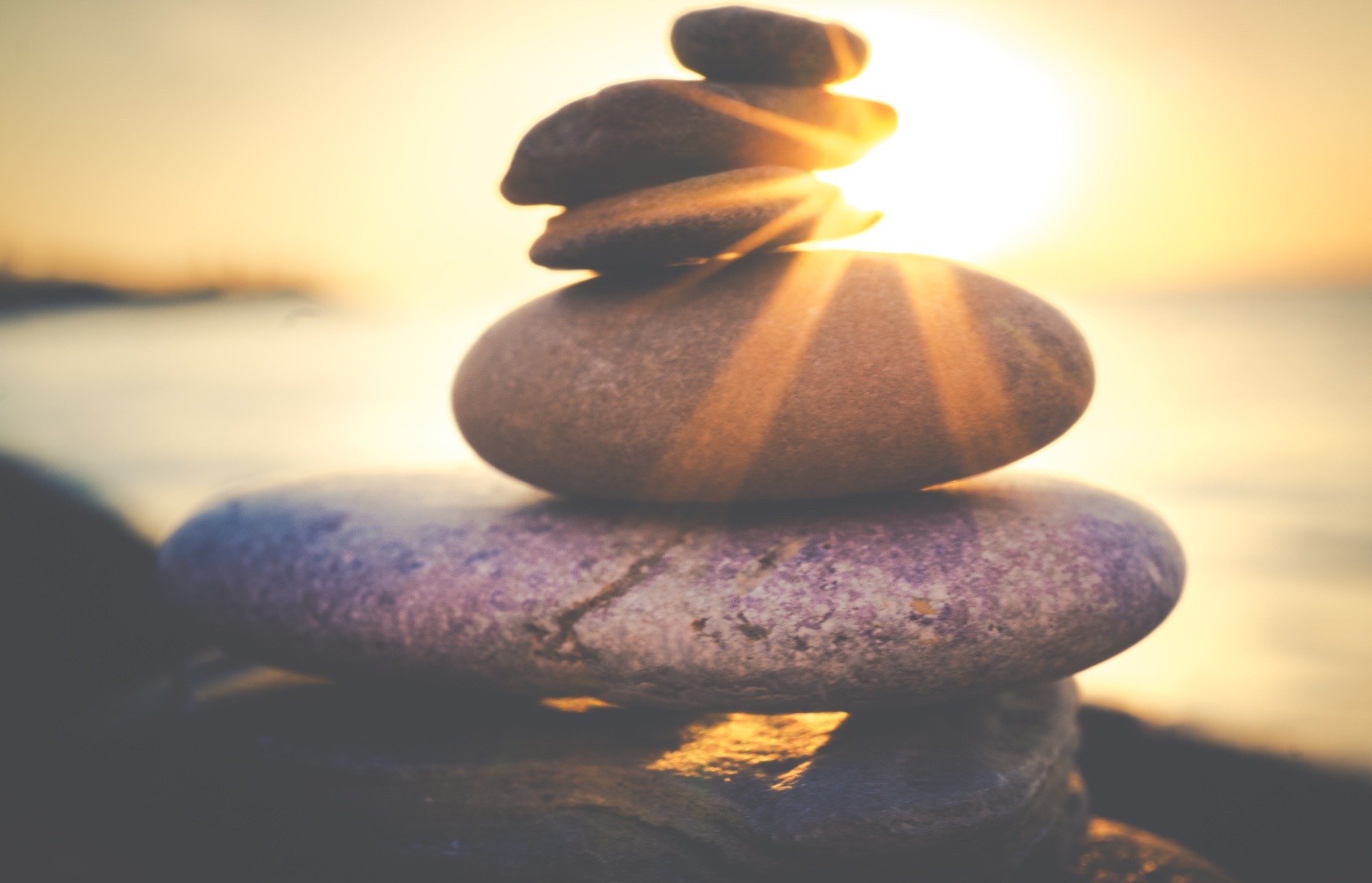 Hormones are your body’s chemical messengers. They’re made in various endocrine glands and then travel through your bloodstream to various tissues and organs throughout your body. There, they latch on to receptors, which signal and dictate some of your most important bodily functions from your mood to your metabolism.

Because these chemical messengers are so powerful, any changes to your hormone levels can leave you feeling off. When your body is secreting more or fewer hormones than normal, they’re “imbalanced.” Depending on which hormones are off-kilter, a hormonal imbalance might manifest itself as any number of generalized issues like fatigue, brain fog, weight changes, and/or irregular cycles in people who menstruate.

Hormonal imbalances can happen for many reasons. For example, diseases, medications, chronic stress, and exposure to toxins, are all common culprits. Then, there’s your diet.

Your diet quality plays a huge role in how well your body is able to synthesize and secrete hormones, and certain nutrients are integral to the structure of certain hormones. For example, Vitamin D is both a vitamin and a hormone that acts as a regulator for the synthesis of other hormones like estrogen, and one study found that low levels of the “sunshine vitamin” were positively correlated with increased instances of menstrual disorders. Other issues, like chronic inflammation from poor dietary patterns, can lead to hosts of other issues that affect your hormone levels. So when your body is depleted of essential nutrients, and your hormones are out of whack as a consequence, addressing the issue at its root would start by correcting the nutritional deficiency.

But on the flip side: if you aren’t experiencing a nutritional deficiency, eating more of a nutrient that you are already getting enough of may not make any difference in your hormones. This is why it’s so important to talk to a healthcare professional and/or get regular blood tests if you suspect that something is off — with symptoms as generalized as those that you might experience from hormonal imbalances, you’d be hard-pressed to correct the issue just by guessing.

Ready to stop guessing and start measuring? Click here to take our quiz to find out what you should test first.

It’s also worth noting that issues like chronic inflammation and nutrition deficiencies don’t happen overnight, so it might take a while for you to start seeing improvements on your hormone levels as well. While there’s no “one-size-fits-all” answer to how long it takes to correct a hormonal balance, many of the controlled studies you’ll read about below evaluated the effects of the food on target hormones over the course of several weeks.

When it comes to improving your health, the conversation is often centered around the foods you should cut out. But now, let’s talk about the foods you might want to be eating more of if you’re looking to improve your hormone balance!

You’ve probably heard about how omega-3 fatty acids are good for your heart and your brain development because of its anti-inflammatory properties. As it turns out, those same properties also make it very helpful for managing your levels of the “stress hormone” cortisol! Studies have consistently associated low omega-3 levels with high cortisol levels, presumably because the low-grade inflammation can increase activity in the HPA-axis (the system of hormone-released organs that produce and secrete cortisol).

Cold-water oily fish like salmon are a great source of DHA and EPA, two active forms of omega-3s, which can go on to blunt that stress response. For example, a study that evaluated the effects of DHA and EPA found that men who took supplemental fish oil saw improvements in their stress response, including in their cortisol levels. Another study on European youths found that adherence to the Mediterranean diet (an eating pattern characterized by regular fish consumption as well as other anti-inflammatory foods like vegetables, nuts, and seeds) resulted in improved cortisol levels and other indicators of inflammation.

Pomegranates have long been used as a symbol for fertility, and it turns out that it’s more than just metaphorical! One study that aimed to evaluate the effects of pomegranates on fertility gave pomegranate juice to 60 volunteers for two weeks. They found that testosterone levels increased significantly in both female and male salivary testosterone tests. They also saw a decrease in blood pressure and improvements in mood, possibly because of how rich in antioxidants pomegranates are.

“Estrogen dominance” describes a state in which estrogen levels are too high compared to your progesterone levels. Your gut microbiome, or the bacteria and other microbes that reside in your intestines, play a big role in this particular kind of hormonal imbalance. Certain bacteria can metabolize circulating estrogen in a system that is sometimes referred to as the “estrobolome.” Because of this, eating probiotics and foods that contain lactic acid (aka fermented milk products like yogurt) may play a role in lowering estrogen levels. Some research has even linked the consumption of fermented milk products to decreased risks of breast cancer, which can be brought about by estrogen dominance.

Insulin is responsible for managing your body’s metabolism and storage of carbohydrates. Unfortunately, some people can develop insulin resistance under conditions like overfeeding, which messes with your body’s ability to properly metabolize carbohydrates and drives issues like weight gain, obesity, and Type 2 diabetes.

Eating more fiber — and especially the soluble kind — is a viable way to improve your insulin sensitivity. Flaxseeds are a great source of soluble fiber and antioxidants, and a study found that glucose-intolerant people who consumed 40 grams of ground flaxseed showed decreased insulin resistance.

Want a personalized plan on how to improve your diet? Click here!

If you’re looking for yet another good reason to eat your veggies, consider this: indole-3-carbinol (I3C), a compound found in cruciferous veggies like cabbage, broccoli, and brussel sprouts, might help regulate your estrogen levels. Researchers have found that 400 mg/d of I3C daily (roughly one-third of a head of cabbage) was effective for treating estrogen-dependent cervical dysplasia.

Feeling hungry is a direct result of your hunger hormones, which are directly affected by the proportion of fat, carbohydrates, and protein that you eat every day. So as you can probably imagine, an imbalance of hunger hormones can leave you feeling hungry and dissatisfied, even if you don’t necessarily need more calories, which can have a direct impact if you’re trying to diet and manage your weight.

One potential solution? Eat more protein! Eggs are a great whole-food source for complete protein — in fact, one study found that overweight adolescents who ate eggs for breakfast instead of steamed bread saw improvements in their hunger hormones peptide YY, glucagon-like peptide-1, and ghrelin later in the day, despite the meals being the same calorie count.

We can’t talk about hormone-balancing foods without mentioning phytoestrogens. Phytoestrogens are plant-based compounds found in foods like soy. The consumption of phytoestrogens tends to be controversial. But what we do know: phytoestrogens can either mimic the effects of estrogen in the body (albeit weaker) or act as an anti-estrogen since it binds to the same receptors as estrogen, blocking high levels already occurring in the body. For example, there’s evidence that increasing your phytoestrogen intake can limit hot flashes, a common perimenopausal symptom linked to lowered estrogen levels. Based on our current understanding, phytoestrogens in soy might be more beneficial for perimenopausal women struggling with estrogen dominance.

Finding better hormone balance with Base

Fixing a hormonal imbalance can be tricky because there are so many different reasons that your hormones could be out of whack. So if you suspect you’re dealing with a hormone imbalance, the first thing you should do is get real metrics on which, if any, hormone and nutrient levels need to be improved.\ Blood tests can pinpoint exactly where your issues are stemming from and whether they’re related to your nutrition levels and/or inflammation. This makes it that much easier to work with health professionals and make a meaningful action plan for correcting any imbalances. If you aren’t sure where to start, Base’s at-home blood tests are an excellent option for getting to the bottom of your hormonal imbalances. Whether you’re struggling with low energy, chronic stress, lowered sex drive, or want to get deeper insights into your nutrition levels, there’s a test for you.

Struggling with hormone imbalances? Take our quiz to build a testing plan that will help you identify and beat hormonal issues.
Did this answer your question?